Back in 2008, the UK set a goal to reduce emissions by 80 percent by 2050. After ten years, a report is out and shows that the government is not doing enough.

With this amount of effort, the UK will not even achieve its goal of cutting greenhouse emissions in the 2020s and 2030s. According to UK’s Climate Change Committee, by delaying the necessary actions, the cost of meeting the goal is increasing.

By now, the UK has only reduced emissions from electricity generation. The total emissions are down by 43 percent compared to the 1990s level. However, no sufficient progress has been made in transport, farming, and building.

According to John Gummer (the chair of the committee), the building and the car industries are responsible for this situation. The building industry is producing cheap houses; therefore, people have to use more energy for heating and to pay higher bills for this purpose. New houses should be built to meet the highest standards in order to prevent this from happening.

The car industry has also shown us that it shouldn’t be trusted. The best example for this is the fact that Volkswagen was cheating on the emissions tests. In order to prevent this in the future and to reduce the level of emissions, the government should provide tougher restrictions and stricter enforcement to ensure that vehicles meet the standards. Additionally, the UK stated that it plans to ban the sales of cars with internal combustion engines in 2040, but it has to be closer to 2030 to meet the emissions targets.

Green policies also allowed people to save some money on energy bills. Monthly, they pay £9 for these policies, but save £20.

The report also indicates a few more problems. The first one is tree planting. The UK is not even close to its target of planting 11 million trees by 2022. The second one is the usage of onshore wind. It is the cheapest type of renewable energy, but every new project using it has been blocked.

The UK understands that aviation emissions can increase, and that there is no effective solution to prevent it. However, the increase should be proportional to the cuts in the other sectors.

Additionally, there are rumors that the UK is planning to set a new target of limiting warming to 1.5° C. However, if the aviation emissions keep growing, it will be impossible to achieve this.

New York is Building a Wall to Hold Back the Ocean

The Top 100 People Killing the Planet 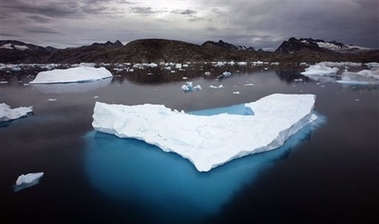