The city of La Paz, Bolivia, is soon to launch the longest urban cable car system, which will provide a mean of transport to the citizens, encourage them to get off the car and enjoy the view on the way to work, while reducing travel time, the need of expensive road infrastructure and most importantly traffic congestion.

We all know that jumping on a bike is the cheapest, healthiest and cleanest way to get to work, and yet not so many cities around the world provide the needed bicycle lanes and infrastructure for this mean of transport to become more popular and desired. The Netherlands is the country always given as an example, where people actually prefer the bike instead of sitting behind the wheel of the car. But one thing has to be said, one of the main reasons to why biking is so popular in this country, is the fact that the terrain is extremely flat, making it extremely easy to get from point A to point B, regardless of how hard the working day has been, or how bad the weather is.

Around the world, however, cities are not so fortunate with their relief, hence a lot more people are inclined to go for the easy option, and prefer to be stuck in traffic instead of making that extra effort to pedal up the hill, even if the infrastructure allows it. This is particularly the case in many of the South American countries, where major cities are situated at altitudes of more than 3,500 meters above sea level. There, the city officials have to be a lot more creative when it comes to building environmentally-friendly and not-so-damaging smart road infrastructure, as well as tackling traffic pollution and congestion.

The city officials in La Paz, Bolivia, seem to have found the solution. As of May this year, the citizens will be able to travel across town through air, thanks to a new cable car, which covers a stretch of 11 kilometers and has the incredible people-moving power of 18,000 passengers per hour.  Although similar systems are already in place in countries like Colombia and Brazil, none of these have actually been made available for daily commuters going to cities’ centers.

Although the price for a single journey in the cable car would be slightly higher than the bus fare, I doubt many would prefer to be stuck in traffic instead of enjoying the stunning scenery. The impact this mode of transport has on the city’s environment are soon to be assessed, but it already looks like an extremely smart move.

Eco-Friendly Meat is Here… And No Animals Were Harmed in its...

This website uses cookies to improve your experience while you navigate through the website. Out of these, the cookies that are categorized as necessary are stored on your browser as they are essential for the working of basic functionalities of the website. We also use third-party cookies that help us analyze and understand how you use this website. These cookies will be stored in your browser only with your consent. You also have the option to opt-out of these cookies. But opting out of some of these cookies may affect your browsing experience.
Necessary Always Enabled
Necessary cookies are absolutely essential for the website to function properly. This category only includes cookies that ensures basic functionalities and security features of the website. These cookies do not store any personal information.
Non-necessary
Any cookies that may not be particularly necessary for the website to function and is used specifically to collect user personal data via analytics, ads, other embedded contents are termed as non-necessary cookies. It is mandatory to procure user consent prior to running these cookies on your website.
SAVE & ACCEPT
MORE STORIES 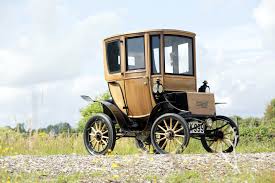