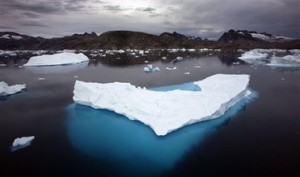 In the Arctic, sunlit snow is the predominant source of atmospheric bromine, the key to unique chemical reactions that purge pollutants and destroy ozone. National Science Foundation-funded researchers at Purdue University have also determined that surface snowpack above Arctic sea ice may have dramatically disruptive effects on the balance of high-latitude atmospheric chemistry.

Researchers believe the data suggests the precipitously transforming Arctic climate, a place where surface temperatures are rising three times faster than the global average, may dramatically change its atmospheric chemistry.

The driving question behind the research seems to be: As temperatures increase and ice and snow decline, what will happen to the Arctic’s atmosphere?

Historically, researchers have known very little about atmospheric ozone chemistry, and they are hoping the Arctic will yield clues by teaching them about the role of bromine on the Earth. Dependent on sea ice and snow, bromine chemistry can mediate the amount ozone across the globe, but global warming may be limiting its effectiveness.

Sunlight triggers the release of bromine gas from the snow, and the presence of ozone increases the production of bromine gas. A series of chemical reactions that increase the amount of bromine gas present, called the bromine explosion, is known to occur in the atmosphere.

National Geoscience recently published a paper online that details the results of the research, some of which was funded by National Science Foundation (NSF) and some by the National Aeronautics and Space Administration (NASA).

Alternative Ways to Take Part in the Climate Strike Today

New York is Building a Wall to Hold Back the Ocean